Build understanding and reduce hate against American Muslims, people and places of faith, and diverse Americans

Around 2015, the U.S. Department of Justice Community Relations Service (DOJ CRS)–known as America’s peacekeepers– developed a training for law enforcement to better understand, engage, and partner with American Muslim communities. These groups have faced bias, discrimination, and growing hate crimes for two decades, requiring responding officers to have some understanding of their faith, diverse customs, and civic life. The curriculum, though developed in consultation with American Muslim faith leaders, did not reflect fully the diverse interpretations, expressions, and cultures of Islam in the American ummah.

To address these gaps, since 2016, the DOJ CRS has engaged Dr. Zahra Jamal as a Subject Matter Expert on diverse American Muslims. In this capacity, she reviewed and revised two national curricula developed to train law enforcement and civic leaders, served as a National Trainer, and as the sole Trainer of Trainers. Along with the DOJ, she has trained 2000 law enforcement officers serving about 30 million Americans across the US.

In 2017, at Rice University, Dr. Jamal hosted the first in-person, local Protecting Places of Worship Forum in the US, curated and facilitated by DOJ CRS with panelists from FBI, DHS, and the US Attorney’s Office. Since then, she has spoken at several Protecting Places of Worship Fora, which have been held in in Black churches, Sikh gurudwaras, Hindu temples, Jewish synagogues, Muslim mosques and other sites reaching hundreds of diverse faith leaders across the nation.

During the pandemic, as hate crimes against racial and religious groups and houses of worship surged, Jamal felt strongly that the Protecting Places of Worship Fora needed to reach targeted audiences in lockdown. She convinced DOJ officials that taking the 2020 forum virtual and national was crucial to protecting people of all faiths and none. Working with federal officials, nonprofit leaders from the American Jewish Committee, the Community of Conscience, the Muslim-Jewish Advisory Council, and with support from the CEOs of Ethan Allen and Henry Schein, Jamal helped convert state-specific, in-person events to national webinars. Doing so expanded the scope, scale, reach, and impact of helping faith communities understand hate crimes data and laws, how to protect their people and places of gathering, and how to apply for $180 million in federal grants available to them.

Dr. Jamal’s work with the U.S. DOJ provided scalable, multi-modality curricula and resources to understand, prevent, and counter bias and hatred against all peoples–Black, white, brown, LatinX, Christian, Jewish, Muslim, Sikh, Hindu, and others. At the invitation of DOJ, she has also spoken on or moderated several Bias & Hate Crimes Fora.

Our workplaces are not immune to bias, discrimination, and hate. With over 50% of EEOC discrimination claims involving religion, race, color, and nationality in 2020, employers should take heed. In workplaces and communities around the country, it is crucial to prevent hate by fostering inclusion and belonging among employees, leaders, and the communities we serve. 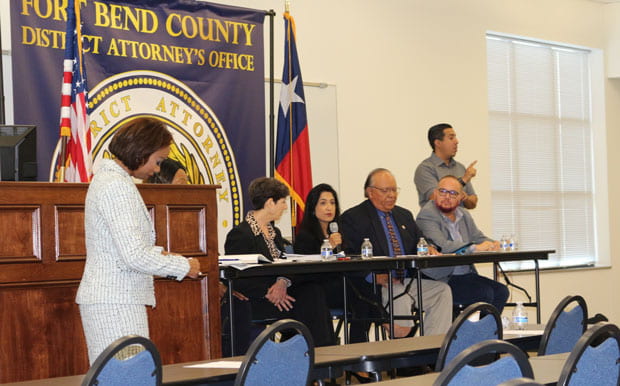